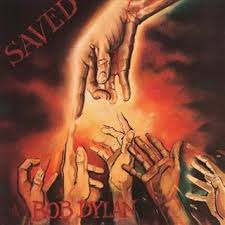 Hossein Toranj has been pardoned by the victim’s family and will be released from prison soon.

Hossein Toranj was implicated in a fight that broke out between several boys in Shahrakeh Gharb in August 2003 at the age of 17. He claims that he came to his little brother’s defence from a man in possession of a knife named Morteza. He said that he threw a knife towards Reza to ward him away, but after Reza came at him forcefully he threw the knife again stabbing Morteza in the chest. He said he did not intend to kill anyone, rather he just wanted to scare off his attacker.

Hossein’s death sentence was initially approved; however, it was later overturned by the Head of Judiciary Ayatollah Shahroudi and sent back to the lower court. Ayatollah Shahroudi stating stated there were many discrepancies in the file and strong evidence that Hossein had committed the act in self defence. The lower court once again approved Hossein’s death sentence and sent the file back to the Supreme Court for approval.
Hossein’s mother along with some good samaritans, spoke with Morteza’s family and managed to obtain a pardon from them.  As retribution is in the hands of the victim’s families in ghesas crimes, Hossein Toranj will soon be free.