Juvenile offender Mohammad Reza Haddadi, who was scheduled to be executed on 9 October, has had his execution postponed. The spokesperson of the judiciary told the press at his weekly press conference on 7 October that Haddadi’s death sentence had been confirmed, but his execution had been halted. He did not give a new execution date.

Iman Hashemi was pardoned in September by the family of the man he was convicted of killing, and is now free.

Mohammad Reza Haddadi is held in Adelabad prison in the city of
Shiraz. He was sentenced to death in January 2004 for a murder committed in 2003, when he was 15. He had confessed to the murder, but retracted the confession during his trial, saying he had claimed responsibility for the killing only because his two co-defendants had offered to give his family money if he did so. He said during the trial that he had not taken part in the murder. His co-defendants later supported Mohammad Reza Haddadi’s claims of innocence, and withdrew their testimony that had implicated him in the murder. They were both over 18 at the time of the crime and received prison sentences.

There is no further news on Naser Qasemi, who was sentenced to death for a crime committed when he was 15.

Another youth, whose death sentence had been confirmed, managed to win clemency from the victim’s family and was saved from certain death. The case of Iman Hashemi, a 16 year-old youth who had committed a murder was filed on 3 Tir 1385 (June 24, 2006). He was charged with killing a young man identified as Amir, and later he was arrested by the Golpayegan police in Isfehan. Describing the day of incident, Iman said: “for the past two months Amir was saying bad things about me. On the day of incident, Amir got into a confrontation with my friend and to support my friend, I entered the fight. The confrontation happened in different sessions and Amir kept overcoming me, out of fear, so I threw a knife at him which killed him.”

The presiding judges in the Isfehan criminal court convicted Iman in trial and, once the case traversed its court procedures and reached its final state, the victim’s family members announced their clemency and in this way the young men was saved from certain death. 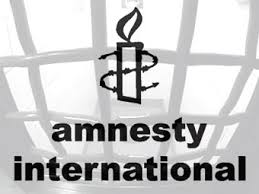 Naser Qasemi, from Kermanshah province in western Iran, was 15 years old in 1999 when he and an uncle, who was armed, tried to steal some maize from a farm near his home. They were discovered by farm workers, and in the fight that ensued, one of the farm workers was shot and killed. The uncle initially escaped but Naser was arrested and charged with murder. He has been detained for eight years, during which he has faced a number of trials and retrials, as a result of which he was sentenced to death on three occasions. The victim’s family have demanded 1,500 million Rials (approximately US $164,000) as diyeh (“blood money”),  but Naser Qasemi’s family have been unable to raise this amount. The Society for the Right to Life (Anjoman-e Haq-e Hayat), an Iranian human rights group has been campaigning on his behalf. It is not clear where he is being held.

Mohammad Reza Haddadi, aged 18, is held in Adelabad prison in the city of Shiraz. He was sentenced to death in January 2004 by a court in Kazeroun for the murder of a man in 2003. He had confessed to the murder, but retracted the confession during his trial, saying he had claimed responsibility for the killing because his two co-defendants had offered his family money if he did so. Mohammad Reza Haddadi stated during the trial that he had not taken part in murder of a man who had offered him and the two others a lift in his car. The two others later supported Mohammad Reza Haddadi’s claims of innocence, and withdrew their testimony that implicated him in the murder. His co-defendants, both over 18 at the time of the crime, are said to have received lesser sentences. However, in July 2005, a branch of the Supreme Court upheld the death sentence against Mohammad Reza Haddadi. The case is awaiting final approval by Ayatollah Shahroudi, the Head of Iran’s Judiciary.

Juvenile offenders Reza Hejazi and Iman Hashemi are imprisoned in the Central Prison in the city of Esfahan, in central Iran.

Reza Hejazi – then aged 15 – was among a small group of people involved in a dispute with a man on 18 September 2004, which resulted in the man being fatally stabbed. Reza Hejazi was arrested and tried for murder, and on 14 November 2005 he was sentenced to Qesas (retribution) by Branch 106 of the Esfahan General Court. The sentence was approved by Branch 28 of the Supreme Court on 6 June 2006, although under Iranian law he should have been tried in a juvenile court. The case was referred for mediation between Reza Hejazi and the victim’s family, to try and arrange for the payment of diyeh, but no sum has yet been agreed. If no agreement is reached, Reza Hejazi will be executed.

Iman Hashemi was 17 in June 2007 when his brother Majid was arrested for fatal stabbing of a man in a fight. Following his brother’s arrest, Iman Hashemi was said to have presented himself to the investigating authorities and confessed to having murdered the man, though he later implied in court that he had been coerced into confessing. Despite his family’s insistence that he was innocent, a court in Esfahan sentenced him to Qesas for murder on 13 January 2007. On 26 May 2007, Branch 42 of the Supreme Court upheld the verdict. Distraught, on 29 September 2007 his brother Majid set himself on fire. Four months later he died of his injuries. The verdict has not been approved by the Head of the Judiciary.

BACKGROUND INFORMATION
Iran is one of only six countries in the world in which child offenders may face execution. This is despite Iran’s obligations under international law, including the International Covenant on Civil and Political Rights and the Convention on the Rights of the Child, to prohibit the execution of juvenile offenders. In the last four years Iran has executed more child offenders than in all those other countries combined. At least 79 child offenders are now on death row in Iran. This number could be considerably higher since not all sentences may have been made public. For more information about executions of child offenders in Iran, please see: Iran: The last executioner of children (MDE 13/059/2007, June 2007), http://web.amnesty.org/library/index/engmde130592007 Amnesty International opposes the death penalty in all cases, and supports the global trend away from the use of the death penalty, powerfully expressed in the UN General Assembly’s resolution calling for a worldwide moratorium on executions on 18 December 2007.

and to diplomatic representatives of Iran accredited to your country.
PLEASE SEND APPEALS IMMEDIATELY. Check with the International Secretariat, or your section office, if sending appeals after 24 April 2008.

Autnews of the Amirkabir university in Tehran reported that according to the Human Rights and Democracy Activists of Iran, three Iranian youth are facing imminent execution in the Dastgerd prison of city of Isfahan, The names of the three boys are:

According to the report, the death sentence of the three juveniles have been approved and they can be hanged at anytime.


International law strictly prohibits the use of the death penalty against people convicted of crimes committed when they were under 18. As a state party to the International Covenant on Civil and Political Rights (ICCPR) and the CRC, Iran has undertaken not to execute child offenders. since 1990, the ruling Islamic regime in Iran has executed at least 30 juveniles, including more than 6 in 2007.  The number of known persons facing execution in Iran for alleged crimes before the age of 18 has reached 95 according to our latest records. According to the statistics provided by an Iranian police official about 170 children (under 18 at time of alleged crime) can be facing execution in Iran. There has been a substantial surge in processing the children’s file for execution and in the past 3 months SCE has reported 16 imminent executions. Earlier this month 42 European countries condemned Iran for the surge in child executions. Iran has broken the world records in 2007 with at least 297 known executions comparing to 177 in 2006.

and to diplomatic representatives of Iran accredited to your country.

for more information about how to help visit:https://www.stopchildexecutions.com/how-you-can-help.aspx