Fatemeh Salbehi, Convicted of Murder at Age of 16, Faces Execution 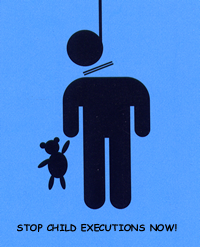 HRANA – During a rushed court session, a 16-year-old high school student was charged with murder and sentenced to death. Her sentence was then confirmed by the Supreme Court.

Fatemeh Salbehi – born in November 1991 – was found guilty after being accused of murdering her husband, Hamed Sadeghi.

On Mohammad Mostafaei’s weblog it reads, “In 2007, when Fatemeh was only 16 years old, Hamed Sadeghi married her. He was approximately 30 years old, twice her age.”


Fatemeh and Hamed were distant relatives but had not met before their marriage. Hamed’s mother proposed to Fatemeh’s family and they accepted. Fatemeh then got married to Hamed.

One spring day in May 2008, Hamed was found dead in his house while Fatemeh, like any other day, had gone to school. Since his body was found in the house, Fatemeh was arrested, imprisoned, and charged with murder.

In the initial interrogations –which were done without a lawyer, just like other interrogations in Iran – Fatemeh made some contradictory statements. She [first] confessed to the murder, but then said two people broke into their home and killed her husband.

Considering the pressures imposed on any defendant during the interrogations and the fact that Fatemeh was only a 16-year-old school girl, it is unclear how much of her initial statements are true and how much were [said] to free her from the pressures of interrogation.

Later on during her trial, Fatemeh did not confess to the murder, but branch 5 of the Criminal Court in the Fars province convicted her of murder anyway. The verdict confirmed by the Supreme Court may be executed at any moment.

The Shiraz Court of Justice ignored the fact that the defendant was a teenager under the age of 18 years at the time [of being charged] and sentenced her to death; [an act that is] against the universal standards of human rights to which Iran claims to be committed to. From a legal standpoint, Iran is a signatory to the International Covenant on Civil and Political Rights as well as the Convention on the Rights of the Child. Therefore, the Iranian government is obliged to observe the law on the prohibition of hanging convicted children. The two mentioned constitutions clearly prohibit the death penalty for persons under the age of 18 at the time the crime was committed.

Observing a fair trial is very important. Last week in the United States, a man shot a member of Parliament and his escorts in public.

He killed six people and injured 20. It was such a tragic incident that the President of the United States of America delivered a speech in the memorial service held for the departed. But the interesting part is that there are discussions about holding the trial in another city far from where the tragedy happened to ensure impartiality.

Fatemeh Salbehi was tried and convicted of murder by her husband’s colleagues; people who knew Hamed Sadeghi closely and worked with him for years. It is obvious that rules and regulations were not followed to hold a fair trial.

Even if we assume that this young girl murdered her husband in cold blood and then left his body at home to go to school like any other day, she must be examined by a psychotherapist to determine her mental status. And should she be proven to have mental issues, her death sentence would be void.

There is room for so many questions. How could the court come to a decision about the life of a 16-year-old girl in a two hour trial? Why didn’t the court try to find out the details of the case? Why didn’t anyone ask Fatemeh about her motives for murdering her husband? Is the relationship between the court officials and the murdered person worth more than a young girl’s life? Has the judge made the verdict out of revenge?

The marriage of young girls under the age of 18 is an ongoing phenomenon in Iran. It starts from as early as the age of nine and ten. This phenomenon, which includes the physical and mental torture of girls, is never properly voiced. These young children silently bear the pain of physical and sexual violence, of being raped by elderly men every night. In some cases, they explode and tragically kill their husbands. Such occurrences have unfortunately been so frequent that it is now considered a social phenomenon.

But aren’t these little girls victims of a horrible crime? Their only refuge is their parents who put them up for sale. They get raped and beaten by their husbands. They find no shelter or support within their societies. Aren’t they victims who face dead ends and commit crimes out of desperation?

Many of these girls who are forced into marriage tolerate the violence and the pain of an unwanted relationship. They get pregnant, raise their kids, and continue living. But they will probably remember their sexual relationship as their most bitter memory. Some [of the girls] may [even] commit suicide. Some others may end their lives in the most distressing way: by setting themselves on fire. And some will choose to commit the crime of murdering their husbands.

Society watches while many of these silent victims commit horrible crimes and kill their husbands in dreadful ways. And yet not a single step is taken to support these victims to prevent such tragedies. Why is a girl, who is too young to have a driving licence or to vote and participate in the social and political affairs of her country, forced into marriage? And if this has to be, why doesn’t she have the right to choose her own partner in life?

Raising the age of marriage to 18, prohibition of forced marriages, and giving women the right of divorce may be some effective steps toward preventing the tragedy of murdered husbands.

What can we do to save Fatemeh from execution?

Unfortunately, with the current situation, Fatemeh’s family is not taking serious steps to save her life. They consider it final. But how can we sit still and watch 19-year-old Fatemeh get executed? [editor's note: Fatemeh was convicted of murder at the age of 16 years, but now three years have passed].

The answer is ‘We will not’ [sit still]. We can all help to save her life. If only a few hundred of us take a few minutes to contact judicial authorities, we can be hopeful that Fatemeh will not be hanged.

Below are the contact numbers for some judicial authorities in Shiraz.

Telephone numbers for the head of the Court of Justice:

The reality is that we have the opportunity to contact the authorities and Fatemeh does not!

Personal experience has proven that the judicial authorities in Shiraz reply well to requests but claim that their “hands are tight”. But in most cases, when the public pressure is intense, a legal path is miraculously paved!

In Fatemeh’s case these legal ways are:

1. She was under 18 at the time of committing the crime;

2. As a signatory to the International Covenant on Civil and Political Rights as well as the Convention on the Rights of the Child, Iran has committed to not executing convicted children under the age of 18.

The office of the human rights department of the Judiciary has also provided an e-mail address:
This email address is being protected from spambots. You need JavaScript enabled to view it.

Regular and frequent contacts are our only hope to save Fatemeh from being executed.